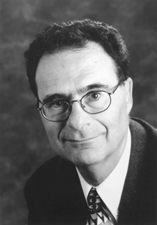 Why?” we ask, when people act outrageously, “Why in the world would you do that?”

The answer almost always is, “Because….” And that answer is usually wrong.

“Because,” translates into, “Here is the cause.” But people rarely do things on account of causes. More often they act on account of reasons. We do well to note the difference.

In this week’s Torah portion, Korach and Company rise up against Moses with the plaint, “Enough already! The entire congregation is holy…. Who are you to lord yourself over the congregation of God?” The dispute arises when Moses hands over the priesthood to one family rather than another. Enough was enough for Korach; Moses had gone too far.

The priesthood decision was the cause of the rebellion. It was not, however, the reason behind it.

A cause is some objective event, something that happens, a decision made to resolve a crisis. A reason is the subjective baggage people bring to the cause. The cause is singular. Reasons are multiple; they vary from person to person; and they are not always healthy. Healthy reasons address the cause and its likelihood of solving the crisis; unhealthy reasons reflect deep-seated fears and insecurities. Korach’s claim “The entire congregation is holy” is a healthy reason; “Who are you to Lord yourself over the congregation” is not.

Unhealthy reasoning dissipates any chance of coalescing around reasonable positions. Rabbi Tzvi Hirsch Kalischer gets it right: “It doesn’t say ‘Korach and the others separated themselves,’ but ‘Korach [singular] separated himself.’ That is because each rebel had a different interest in the matter.” That, add most commentators, is why it was not “an argument for the sake of heaven.” The “cause” was just the excuse for prompting old animosities, prior agendas, and personal insecurities: all of them unhealthy reasons, not healthy ones.

There are three variables, actually: “cause,” “reason” and “crisis.” The cause of the debate is an action someone takes (or threatens to take) to solve a crisis. The crisis here, say some of our commentators, was the golden calf, which prompted Moses to change the “organizational structure” of the Israelite camp by reassigning the priesthood. That decision would have solved the crisis, but when Moses mentioned it, people with unhealthy reasons made it into a cause. Knowing God would demolish his enemies in an earthquake, Moses had it easy. How do we handle controversy when — alas for the good guys – God has retired from the earthquake business?

Take the case of Congregation Nameless. The executive officers proposed solving the current economic crisis by cutting programs. A healthy board would have debated the proposal with healthy reasons, like the potential impact of the cuts on synagogue life.

But the debate included unhealthy reasons that got swept under the table rather than faced. A sure sign was the fact that people acted rudely toward each other, sometimes interrupting and even shouting. Rancorous debate carried over from the board meetings onto email and into shopping lines at the local grocery store.

The Education chair, for example, noted that a smaller budget meant less education, but said nothing about her underlying insecurity: her need for recognition. House Committee members stood firm in their plan to enlarge the sanctuary – if that got cut, their many hours spent would be in vain, and they would become irrelevant to the congregation’s immediate future.

That’s the way it works: from crisis to cause to reasons. Discussion on the cause can never allay the “reasonable” fears of the parties if the reasons running the discussion are unhealthy. And we all have unhealthy reasons. We just don’t always recognize them.

Torah calls our unhealthy reasons the yetser hara – “the evil inclination” that makes us human. Since we all have them, we should not be embarrassed by them. Being unembarrassed by them, we can admit them and put them aside. We can even chuckle a bit about them, when we see them acting up (and ourselves acting out). Banishing unhealthy reasons allows healthy ones to debate the actual cause and solve the crisis.

In Congregation Nameless, unhealthy reasons still go unchecked. It is a real place, incidentally. A year has gone by and it is still fighting. And I remember its name, come to think of it. It is Congregation B’nai Korach.