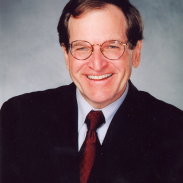 As I visit different synagogues, I pick up little ideas, things that people do, that resonate. As I come across the really ‘cool’ ones, I’m going to report them in this ongoing column of “best practices.” Enjoy!

One of the sessions I witnessed is called “Vav Class Beit Midrash,” led by Rabbi Jeni Friedman, and featuring the very cool “Speed Chevruta.” Based on a technique the congregation picked up from Limmud (Great Britain) and Limmoud (France), pairs sit down across the table from each other, introduce themselves, answer one personal question (hobby, favorite color, favorite. candy) and then begin a short text study together. Jeni modified this to three rounds of parent/student study. In the first round parents study with their own children, introducing themselves and answering a question that maybe parents and kids don’t know about each other. For the next two rounds, everyone moves down a space to have completely new partners and it begins again. In this way all the parents get to know all the kids in the class and vice versa. I have rarely seen sixth graders as involved and excited about studying a text….with their parents…and the parents of their friends!

At the appointed time, all the families joined with the congregation in a spirited Kabbalat Shabbat, followed by a lovely Shabbat dinner. This model is offered 4-6 times a year.

At Chizuk Amuno Congregation in Baltimore, when someone offers a name up for inclusion in the “Mishebeirach” for healing, they are given a card to send to the person whose name was remembered. It has the logo and address of the congregation on top, and the following text:

During our Shabbat worship service this past week, your name was included in our prayer for recovery and healng. Before the open Torah Scroll, we expressed our prayer that God’s presence bring you strength and well-being; that those who are providing for your care be endowed with the necessary insights, skills and compassion; and that your family and friends share in ove and support at this time. Our community wanted you to know that you are in our thoughts and prayers. We look forward to hearing that you are doing well. We wish you (HEB: refuach shlaymah) – refu’ah shelemah, a complete and personal comfort.

At Larchmont Temple in Larchmont, NY, Rabbi Jeffrey Sirkman invites everyone in the congregation to join in a “circle of love” during the singing of “Mishebeyrach.” Everyone joins hands with someone nearby, linking all the participants in the service.

Another cool thing at Larchmont Temple, the memorial plaques along one wall of the sanctuary are three-dimensional, jutting out from the wall, creating a small ledge. A basket of stones is provided for congregants to place upon the plaque of loved ones when a yahrzeit is observed, just as one would place a stone on a grave marker.

At Congregation Rodef Shalom in San Rafael, Marin County, California, congregants bake challot every week in a “Mitzvah Bakery.” Congregants and others who cannot come to synagogue can call in to request a Shabbat challah. On Friday night, as congregants gather before services, a table is set up with challot individually wrapped in plastic bags. Each bag of challah has a “Mapquest” map taped on it with directions to someone desiring a challah. Congregants peruse the maps to see if someone lives near them or on the way home. The Shabbat I was in attendance, more than 20 challot were “taken” by the members to be delivered!

What cool things happened in your shul?